The adventure begins! Rico’s journey down the long and winding road of the Jojo-verse starts here, as he meets faces

Is it possible to get worse at a game the more you play it? Just asking for a friend…

Emboldened by Ethan’s trek into Yharnam, Rico tries his hand once more at braving the desolation of Lothric in Dark

Boy, Bloodborne is hard. Ricardo didn’t make it, can Ethan pick up where he left off? This starts off right

Amber is playing Mass Effect for the first time! Matt is a huge fan of the series and is trying 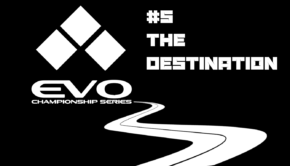 Here it is. Ethan made his way to Vegas in 100+ degree weather to try and fight his way through

They say life is better down where it’s wetter. Let’s put that theory to the test. Here’s where you can